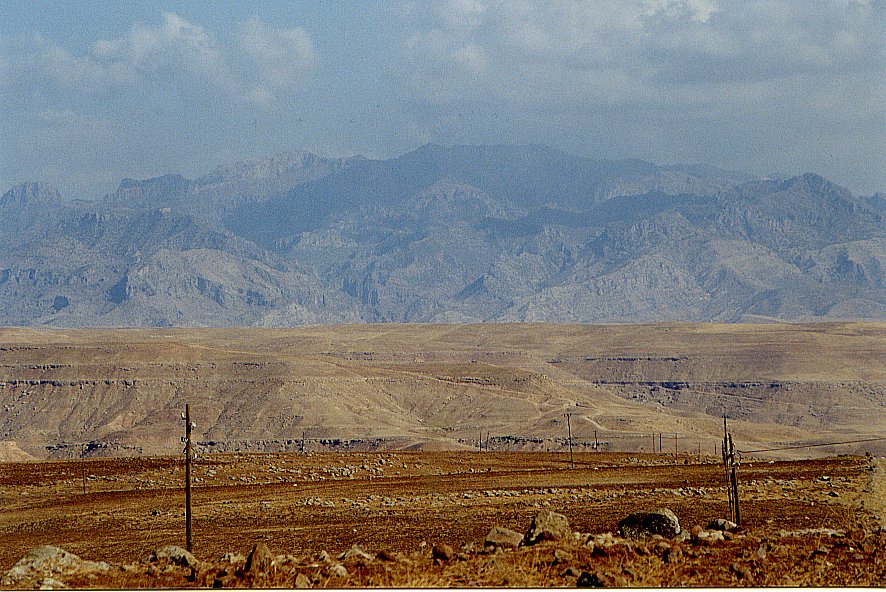 The Qur'an was written down from sayings of Mohammed in the seventh century A.D. and states that the ark came to rest on Al Judi or Mount Cudi in Turkish, where the Turkish "c" is pronounced as an English "j" (pronounced "Judy"). The Qur'an was written about 3,000-6,000 years after many biblical scholars believe the great flood occurred and the ark landed. Judi in Arabic can also mean "the heights" in which case it may not be referring to a specific mountain name at all. Note that the written history of mankind only begins around 3000 BC. For more information on chronology considerations, please refer to the Links webpage.

A few ark researchers (Dr. Charles Willis' Ancient World Foundation and another explorer was on Willis' previous expedition to Mt. Ararat, Bill Crouse, as well as Bible-Earth researcher Timo Roller) are focusing on searching Mt. Cudi, which is approximately 175 miles southwest of Ararat. The 1909 Gertrude Bell Photo Album and the Quote from her book Amurath To Amurath is very helpful in understanding the traditions of Judi Dagh. This mountain is just over 7000 feet high, but according to historic texts in the first and second millenia A.D., especially Muslem writers, is a more favorable landing site for Noah's Ark, and near the edge of the "mountains of Ararat" region. For anyone interested in Mt. Cudi, we recommend reading Noah: The Person and the Story in History and Tradition by Lloyd Bailey, and Bill Crouse's chapter in The Explorers of Ararat on Noah's Ark: It's Final Berth. One big reason why Cudi has become more popular recently is that a geologist, Dr. Friedrich Bender of Germany, found bits of wood containing asphalt on the summit of Cudi under 0.8-1.0 meters in depth in 1953. These fragments were carbon-dated around 1971 to 6,500 years before the present time. Dr. Willis' and Bill Crouse's theory is that this wood was part of Noah's Ark. To learn more about the theory, see Bill Crouse and Gordon Franz's article in the Bible & Spade Vol. 19 No. 4. However, Kurt P. Wise PhD produced a scholarly article questioning the age of the wood itself as being post-flood in "An Alternative Interpretation of Bender's Wood."

As well, there are serious concerns about whether Mt. Cudi was really in the biblical "mountains of Urartu/Ararat" (Genesis 8:4) at the time of the Genesis' writing. Even at the height of the Urartian Kingdom, Dr. Paul Zimansky demonstrated Urartu did not extend to Mount Cudi (Reference Zimansky's map in Ancient Ararat: A Handbook of Urartian Studies: 2) as reporduced in the Urartu borders graphic below. Especially note where the Urartian Archaeological Sites in orange are located, which shows that there are no known Urartian Archaeological Sites southwest or south of Lake Van near Mount Cudi. For more details, see the Urartu/Ararat Boundaries paper. 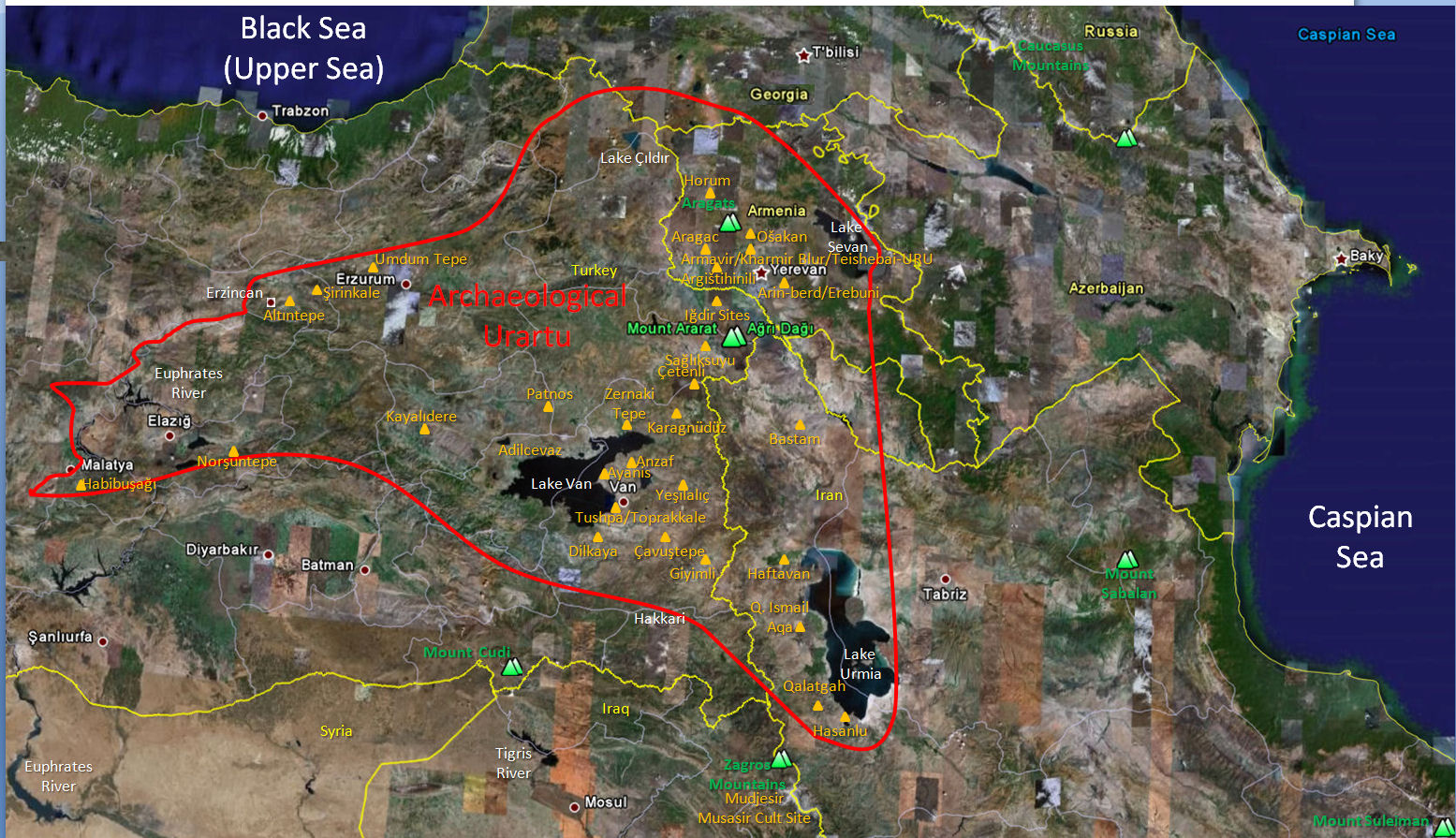 To see some other concerns about the Mount Cudi site, see Rick Lanser's article in the same issue of Bible & Spade Vol. 19 No. 4, Rick's NEAS 2007 presentation, "An Armenian Perspective on the Search for Noah's Ark", as well as Rex Geissler's presentation with quite a few points to consider about Cudi toward the end.

There is also a debate as to the location of the "real Mount Cudi." For at least the last couple hundred years, Cudi has been the name of a high peak or ridge on Mount Ararat. There is another Cudi Dagi in South Central Turkey near Sanli Urfa and Harran where the biblical patriarch Abraham lived. The people around Harran believe that their Cudi Dagi is the actual site where Noah's Ark landed. As well, there is another Al Judi in Saudi Arabia. Still others in the past fifteen years have claimed that the Durupinar site is located on Mount Cudi.

In summary, there are five sites that claim a history of Al Judi from the Quran:
1) Cudi Dagi in Southeastern Turkey next to Cizre and Sirnak - Longitude: 42.5 Latitude: 37.3833333
2) Cudi Dagi in South Central Turkey near Abraham's Harran and Sanli Urfa - Longitude: 38.8505556 Latitude: 36.9588889
3) Al Judi on Mount Ararat
4) Al Judi in Saudi Arabia
5) Durupinar hills (although this is a local tradition that has not been substantiated historically past about 1985)


Mt. Cudi maintains a traditional history of Noah in Muslim times although there is no evidence that the tradition dates back to Urartian times or earlier.